Qualities Of A Godly Man 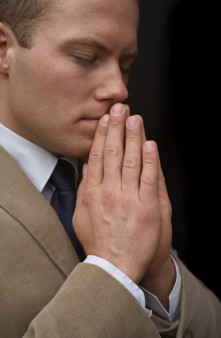 In my opinion, a godly man is more than a male Christian. It is one with integrity, honor, living fully by the Word of God, one who shows love but at the same time, helps encourage others to live according to the Word without reproach. He is a man who goes beyond his own pleasures and has sought a pleasure with Christ.  Printable version link is at the bottom of the page.

In most circles, he may not be that much different from others he may work with, except his manner of speech does not dishonor Christ, he is not easily angered, he is cooperative and follows orders well, does not curse, not brought into gossip, or participates in other wasteful energies that show disapproval by another fellow man. He is one that is confident in himself and his relationship with Christ. He has compassion for others, either to pray for them or help them with an act of kindness. He has no reservations to share Christ on opportunities but is easily respectful of the boundaries of others. He is a prayer warrior that places his trust and faith in the Almighty. He is not a stumbling block for others. He is a good example for others to pattern after.

A godly man also places his family along side of God. His priorities are: God first, his family second, and his work or other interests a distant third. He desire is to have all his family serving God and being a part of everything God has for them. He loves his wife and children more than anyone else. He protects them physically, emotionally, spiritually, and financially.   A Godly man is the head of his house but cherishes his wife, does not demean her in any way but loves her as much Christ loved the church. Christ gave His life for the church.

A godly man corrects his children in a manner of love, not harshly or in anger. Children need to see the firmness of a man but not being overly angry or critical. A godly man will share how much he loves them but not their behavior. He not only corrects but influences and instructs his children in all ways of life, including serving the Lord. He will ask God for direction instead of leaning on his own wisdom.

A godly man will cherish his wife above all other people. He will give attention to his wife’s needs and cares. He will not only protect her physically but will validate her existence in his life as well as in the home. He will guard his wife from others that may entice her with attention and affection. He will spend quality time with her alone and be sensitive to all her needs. He will not rule over her as a dictator but will do everything in a joint manner. A godly man may have to make the final decision on tough decisions but will communicate and seek his wife’s advice. A godly man will recognize his wife’s strengths and encourage her to use them.

A godly man will be active in some kind of church work. He will be submissive towards the pastor or other leaders of the church. If a difference of opinion comes up, he will approach this in a godly manner, not with anger, dissention, haughtiness, gossip, or any other ungodly manner for the glory of God. He is very cooperative, agreeable, teachable, and workable. He is a man that others will respect and look up to, including young children. He is grounded in the Word, both in knowledge and in a practical manner. He lives by the Word of God, in other words, he is Christ-like. He will always keep in mind that he is representing his God and church, whether or not he is in church.

A godly man will be recognized by his community. Reputations can be lost very easily but a godly reputation is viewed over time as if one is judging someone over their entire lifespan. Even if a godly man has a terrible past, his new reputation will speak of change, kindness, and other qualities that others desire. He is consistent, not hypocritical. His word remains true and has merit.A godly man speaks of wisdom in times where chaos thrives because God’s spirit lives with him.

Last, a godly man is not perfect but thrives on perfection, setting priorities in his life of the things that he knows that God approves, shunning those that are not pleasing or bringing testimony for God’s kingdom. He reads his Bible regularly and has a constant prayer life throughout the day, praising God for all He does, and other times asking God for help and strength.

A godly man is humble and thankful for all that God has done for him. He does not seek man’s approval but quietly seeks approval from God. He is an encourager at all times and shares his testimony with others on salvation, healing, or in times of need. Christ-like!!!

Copyright © 2020  Pastoral Care Inc. All Rights Reserved. All material is intended for individual use only. Any other use, such as distribution, promoting one's ministry or adding to websites, is prohibited unless written permission granted by Pastoral Care Inc.